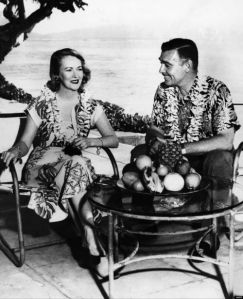 I have done a few things in my lifetime that I’m not proud of. Haven’t we all? It’s how we set it right that seems to matter most. Several years ago, I learned a powerful tool. It originates, or at least I heard about it through the twelve-step program. Its called making amends.

There have been a few occasions where I had the good sense and good fortune to admit my errors and apologize to those whom I had wronged. It’s not easy and it takes a level of bravery but I was lucky that the parties involved were receptive to my restitutions. Each time I experienced profound healing.

Recently I was given the gift of an apology I was not expecting. After my most recent break up, I had begun to question my part in the failure and wondered how I had sabotaged the relationship. Two years had passed since the person hurt me and I had found forgiveness for him on my own in order to heal and move on. But what a surprise it was to receive atonement for that person’s disrespectful and confusing behavior. It was a potent antidote for the pain and self-doubt he had caused me.

This weekend I did a final read-through of Silky after the yearlong edit Ruth and I accomplished. In one of the chapters I’d traveled to the Bahamas for research and had the opportunity to interview someone who’d chatted with Sylvia at a party. The two women were waiting in line for the restroom and for some reason, Syl opened up to this woman, sharing how all the lovely young girls made her feel insecure. It must’ve been Christmas 1950, a year after her marriage to Clark Gable, when things were starting to unravel between them. The woman found it odd that someone as beautiful and celebrated as Sylvia was capable of feeling inadequate. But I imagine Clark’s coldness and disapproval was eating away at her confidence. I experienced that same type of self-doubt myself with my last relationship and know how someone’s words and actions can negatively affect one’s self-esteem.

Being on the receiving end of emotional recompense was altogether different than giving it. Yes, the acknowledgement gave closure and felt wonderful to me, restoring my faith in my ability to be a good partner. What I didn’t expect to feel was jubilation for the other person. My joy at his personal growth was as significant as my own relief. I felt so proud of him and how far he’s come.

I can only hope that Gable was able to heal some of the hurt and damage he did to Sylvia. I doubt he made amends in quite the way my friend did. But by all accounts I’ve read they did part friends in the end. I suppose when a romantic relationship ends, that’s about the best one can hope for.

I have noticed a trend of late that both pleases and surprises me. Our popular culture has begun to acknowledge the power, velocity and validity of a mother’s love. Not that you need to tell any parent this fact—they already know. But to see this particular relationship get equal billing with romantic love is quite something.

A mom’s influence is vast and all encompassing. It’s true that a mother’s love can bolster you up and support you, but equally true that an uncaring or neglectful parent can also seriously fuck you up. It’s a crucial role and a character-shaping relationship unlike any other. In the past, sensitive males have been derogatorily called “Mama’s boys” and deemed immature or fragile while young women who are close to their mommies suffer teasing and accusations that they aren’t independent enough. Naturally, for eons it has been the norm to blame the maters—predominantly the main caregivers—for all personality flaws, weaknesses and neurosis. So it’s refreshing to see the true blue mums get their due credit.

I first noticed this shift when I saw Disney’s Maleficent. Say what you will about the Magic Corporation, but they introduced femme fatales with backbones (The Little Mermaid, 1989) only about fifty years after their first docile princess in 1937, Snow White. And now they’re recognizing the phenomenon of the nurturer with a re-telling of Sleeping Beauty where the awakening “true love’s kiss” comes from a maternal figure instead of the prince.

Last week I saw Cheryl Strayed’s autobiography, Wild, in which she announces after the death of her momma (and much grief-induced self-destructive behavior), “She was the love of my life.” It was a revelation.

I suppose I’ve noticed these subtle shifts because I’ve come to learn that my grandmother–whom I lost in September—was the love of my life. And my mommy was a steadfast pillar in my childhood along with godmothers, aunties…and Silky. These strong women, each in their own way, shaped the woman I am today and provided a ferocious, unwavering love that I have not encountered since. I wonder how many others feel the way I do? Perhaps it’s more popular than I imagine.

Despite the naysayers, I dare you to show me an example of a more enduring, potent, selfless force that runs on sleep deprivation and sheer instinct. You have to remind mothers to put on their own oxygen masks in an airplane emergency because their first impulse is to protect their children. How many stories have we heard about mothers defying the laws of nature and gravity to lift a car off a trapped child? Or the many examples of interspecies nurturing where a mama dog nurses an orphaned squirrel or a cat risks its life to save a human baby? A mother’s love can move mountains.

Why is it that romantic love is the goal? How did the “special relationship” get to be limited to a sexual partnership and elevated to the barometer of adulthood? In my experience, romance is overrated, inconsistent and mercurial. Just look at the divorce rate. A connection begun in appearance and based on sexual attraction can’t possibly stand the test of time—it’s far too fickle and changeable. My money’s on the mothers (and grandmothers, the aunties and some of the fathers). They make the world go ‘round. 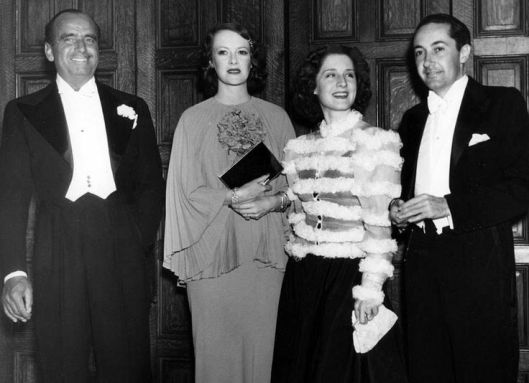 “Nothing changes on New Year’s Day” –U2

Whew! We made it. We’re on the other side of the holidays and we’ve survived! It’s not that I don’t enjoy festivities and celebrations—colored lights, yummy foods, glittery clothing, champagne. It all just seems to speed up to a frenzied pitch. And for what?

I get that it’s cold and dark and all the excesses help us to forget that fact but it also feels like an introspective time to me. For some, it holds religious import like Chanukah or the birth of Christ. But mostly it becomes a time to overspend, overindulge and behave badly at parties. Why do you think there are so many babies born in September?

It’s certainly a time when the veil between worlds grows thinner, as evidenced by how many people leave this world during the winter months. Sylvia lost her second husband and the love of her life, Douglas Fairbanks, in December of 1939. Two of my friends died this holiday season and I’m still missing Gam and my beloved bird, Bixby. Loss can make it a difficult time of year for some people. So can all the expectations.

There are the self-imposed pressures of perfect Norman Rockwell fireside scenes or Martha Stewart meals…and the resolutions! I understand and support turning over a new leaf and making positive changes, but why now? Why is January 1st different than any other day? If you want to change something in your life—a habit or a routine or a diet—why can’t you do it any day? What is this illusion of a clean slate each year?

The truth is the holidays can be whatever you want them to be, just like anything else. It’s your life and you get to live it how you see fit. I took a break from my family this year. I celebrated Christmas at home quietly with a friend. I put up a shiny tinsel tree and hung some lights around my door because it was fun to decorate, not because I was supposed to or it was expected of me. I also began the second edit of Silky. And I slept. Because most animals hibernate in winter, not start a new exercise routine.