How we all love a good yarn. Stories transport us, entertain us, makes us feel and show us the universality of the human condition. They are a window into viewing how others are getting on, making a go of this mortal coil.

Downton Abbey ended it’s fourth season tonight in the U.S. And as the last scene faded and the credits rolled, I instantly felt the loss of all my beloved characters. The British period series provides a needed glow during the lull of the winter months between the holidays and the budding of spring, especially when there aren’t any winter olympics figure skating programs to distract us.

How much time will transpire before we are reunited? I’m referring not only to the year until the next season, but how far creator and writer Julian Fellows will catapult us into the future of the Crawley family and their devoted staff. It’s like they go on living and breathing even when we’re not watching.

Tonight I was treated to some inside information, thanks to Silky. Some of Downton’s characters referenced the Embassy Club in London. It was the hot spot in the 1920s due to the Prince of Wales’ patronage and it was a club Sylvia frequented along with the Bright Young Things. Then there was a bit of intrigue involving a letter from the Prince of Wales to his lover at the time, Freda Dudley Ward–all of whom were Silky’s contemporaries. When the prince crashes one of the characters’ coming out ball I commented to my friend with whom I watch the series, what a coup it was as the prince was not permitted to dance with unmarried ladies. When she asked me how I knew such a fact, I replied, “Research for my book.” And we toasted with another Mimosa (or a Buck’s Fizz as they were originally named).

Silky has taught me a myriad of odd facts and tidbits from the 20th century: from British slang to etiquette, from European history to the history of popular cocktails. From high society to the horrors of Hitler and World War II, from the roaring 20s to the swinging sixties. And what a wonderful voyage it’s been! 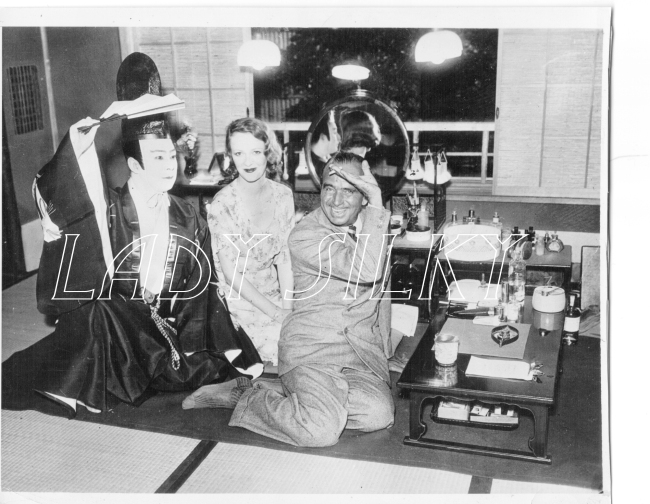 In a vintage home movie scene from the documentary Cutie And The Boxer, drunken artist Ushio Shinohara breaks down and is restrained by his friends as he laments the universal artists’ suffering. The raw truth of it broke my heart.

“You’ve got to be positive. Life is wonderful. Life should be positive. When it’s blown to pieces, that’s when it becomes art. Art is messy and dirty when it pours out of you. Why do I…? It makes me cry. I believe in my career. God dammit! Why do I have to? I want to cry. I’ve got nothing. Listen to me. This is so hard. And it’s so fantastic.”

Why do we do it? Why do we insist upon making art? It would be much more simple just to work at a “regular” job where we would be paid for every hour of our efforts. The truth is that artists can’t help it. We can’t help it any more than the accountant can stop figuring the complexities of numbers or the athlete can quit training or the lawyer can stop studying law or the contractor can cease building. It’s what we’re born with; what we are given. Each time we deny it, a fraction of our true self perishes. So to NOT do it is worse than to do it.

For the most part it is a kind of torturous compulsion. But it’s the artist that suffers due to the lack of financial reward, or even comfort. The athlete and the lawyer are amply rewarded and the accountant and contractor usually live comfortable lives. But the artist–unless wildly famous–is rarely given their due or compensated for the blood, sweat and tears of their lifetime.

The week’s photo shows Silky with Douglas Fairbanks and a Kabuki actor from the 1930s. The couple traveled to the orient to escape the rabid press around Sylvia’s divorce from Lord Stanley and the mounting rumors that “America’s Sweethearts” were nearing a split. Although Fairbanks was a renowned and well paid artist in his day, there were many other actors working just as hard without nearly the acclaim. As well as a myriad of set designers, costumers and writers in the booming Hollywood movie business.

Writing Silky has been a long struggle. And god dammit, I believe in my career. Why do I have to? So far, I have nothing to show for it and it makes me want to cry. This is sooooo hard…and so fantastic.

“St Valentine was beaten, stoned & decapitated, in case you have no plans for the 14th of February and an eye for detail.”

It kinda matched my mood for the holiday. Since I haven’t yet reached the year marker for the demise of my last failed relationship, I suppose it’s natural to feel a bit bitter and jaded about the hearts and flowers of such an overtly romantic celebration. I’m thinking I’ll just get really drunk…on champagne…with a girlfriend…and eat a whole box of chocolate.

Romantic relationships have always seemed a fairly unlikely venture to me. Don’t get me wrong, I’m terribly sentimental and believe completely in the magic and wonderment of romance. But I also believe in mermaids and unicorns. I have experienced some extraordinarily romantic moments–fractures of dreams made manifest–but they have all been rather fleeting.

It seems to me that heterosexual romance is doomed from the start. First of all, men and women are two completely different species. We think differently, approach situations differently and seem to want mostly different things out of love. Secondly, the sexual revolution and women’s movements, while glorious and liberating, happened so fast, it left both sides without a roadmap of how to behave with the opposite sex. Then throw in our increasingly virtual realities–internet dating and social networking (personal promotion)–and it is a mucked up crazy dating world.

On top of that, you can have complete chemistry and sexual attraction with someone and not be able to spend more than ten minutes in conversation with them. Then on the flip side, there’s the classic conundrum of rabidly adoring someone and having no pull to them whatsoever physically. It’s a wonder to me that people still get married. Of course, most of them get divorced.

Coming from this mentality, I posted this week’s photo of Silky at a Manhattan party in the 1940s with writer Warren Leslie just because they made an attractive couple. I don’t know that they were ever romantically involved, but they were both serial marriage makers. And they’re drinking champagne.

I’m thinking of doing something pampering for myself this Friday–a massage or pedicure or an indulgent trinket. Something to make me feel special. I always try and send cards to my single girlfriends because quite frankly, it’s a rip off holiday for those of us not in a relationship.

This year, Valentine’s day also falls on a full moon. While this is fantastic news for those who are planning a romantic interlude, it pretty much sucks for the rest of us. So stop by See’s early this week and put the Harry Champers in to chill. And phone a friend.

Last Friday was the Chinese new year and I happened to have an interview for a copy writing job in Los Olivos. Sometimes it’s good just to get out of your little life-radius and expand your horizons. I drove up the 154 highway and came over the Cold Springs bridge into the expansive Santa Ynez valley. The western sky, dusted with pale clouds, always seems somehow bigger here than in other parts of the country. I wound my way through the golden rolling hills dotted with ancient oaks past the dangerously low Lake Cachuma to my destination: a small California ranch.

After my meeting–that included two dogs and a cat–my hostess invited me to walk around the property and visit the stables. There I found two miniature and two regular size horses. In the distance, the Los Padres mountains cast blue shadows and the wind stirred the palm fronds nearby. As they sniffed my hands over the fence (most likely hoping for treats) and let me stroke their long, powerful foreheads, I realized I was communing with horses on the first day of the Year of the Horse.

It was magical–one of those rare gifts of simple precious moments. I like to call them deathbed moments. The scenes that will flash like a home movie in your mind’s eye as you leave this world. The ones that offer the comfort of knowing you experienced a full and rich life. They don’t always have to be profound landmarks or events, just those little freeze-frames where you stop and feel the fullness of life in an instant, with all of your senses and your whole being.

Afterwards, I drove to Solvang for lunch and a visit to one of my favorite thrift stores. I remembered how Sylvia married Clark Gable at nearby Alisal Ranch and honeymooned in Hawaii before moving to Gable’s Encino ranch sixty-five years ago. That’s where this week’s photo was taken. It’s one of many promotional shots depicting the Gables at home with all their animals, including several horses.

It was a spectacular day. The kind of small adventure that lifts the spirits and stimulates the soul, gets you out of the regular routine and your own head. A completely new and unexpected experience. I’ll take more of those in the new year, please!